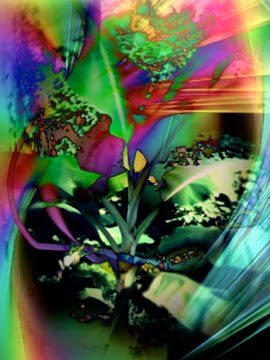 I got myself an iPod Touch so as not to be left behind in this nascent age of the touch screen. I thought I was being smart getting an iPhone without the phone; but, as I only just discovered, I also missed out on the camera. iTouch photos are limited to 960x720 pixels. I wasted a lot of time looking for cool camera and photo apps, when I should have just limited myself to a decent video camera (FiLMiC Pro) and a video frame grabber (VideoPix). At least that way I get 1280x720.

The low-resolution is frustrating but the whole pocket computer thing is a childhood dream come true. Making digital art is quick and fun. I'm starting to see the difference between a well-designed user interface and a waste of money.

I like ArtStudio and PhotoForge2 for their blend options. SynthCam for fake depth of field and iMotionHD for time-lapse and stop motion. 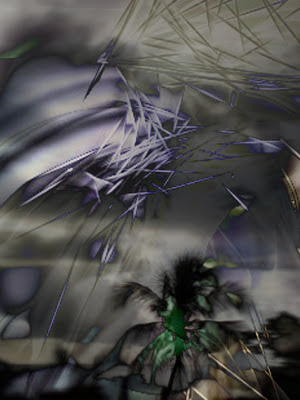 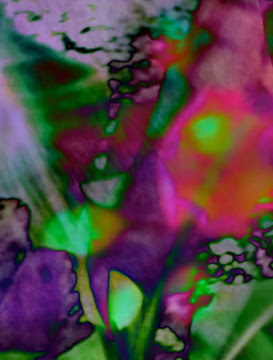 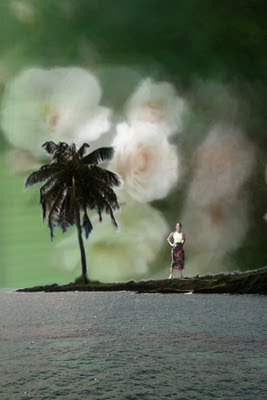 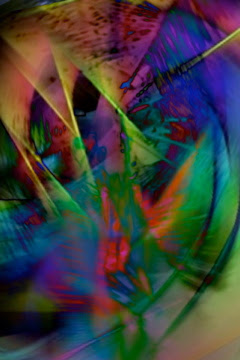 I recently stumbled across Oxidizer, a fun piece of freeware (Mac only, I'm afraid) for creating animated "flame" fractals with transparent backgrounds.
Posted by Dread-Eye at 7:13 PM No comments: 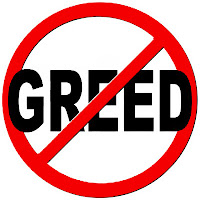 The Wall Street occupation is gaining support. Business as usual in corporate America is making people angry. The gap between rich and poor continues to widen. The top 1% of the population now owns 40% of this country’s wealth; the bottom 40% holds less than 1%.

Finding creative solutions to these problems will require us all to work together. Start conversations with family, friends and neighbors. Find common passions. Address human needs in our communities. Pressure elected officials to do the same.

Choose an issue that is important to you. Join together with like-minded family, friends and neighbors. Learn how to run a meeting. Set broad goals and specific objectives.

Practice democracy. Struggle through the process of building consensus. Commit to nonviolence. Choose your battles.

Practice sharing. Use theater and art to get your message out into the world. Create a drum circle. Throw a party.

Practice civil disobedience. Practice civility. Use theater to rehearse your nonviolent actions. And remember, if you happen to get arrested for a cause that you believe in...smile!
Posted by Dread-Eye at 12:31 PM No comments:

Email ThisBlogThis!Share to TwitterShare to FacebookShare to Pinterest
Labels: occupy something

A couple of Christmases ago, I bought myself a video camera. My computer came with a "cuts-only" editing program - one clip after another, fine for slide shows and home videos - but I needed a nonlinear editor to be able to layer several moving images at once. I thought that it would be easy to find some free software to do everything that I needed.

Almost 10 years ago, I downloaded a free (very limited) version of the Avid video editor. My oh-so-slow computer would groan under the strain of crossfading low-resolution video clips, but the creative freedom it gave compared to the hardware-based, three-point editing system that I had been using was phenomenal.

It took a while for me to upgrade my computer and by the time I finally got the camera, digital eons had passed. So, it surprised me that my search for the right software took so long. AVID no longer offered their free demo. I tried out several programs, but most would crash when trying to handle high-definition video on my laptop. I downloaded and deleted Blender several times - it handled the HD footage just fine, but all of those damn buttons...

Blender is a 3D software package, generally used for creating complex animations, but it also comes with a built-in nonlinear video editor. It is open-source and free to download from blender.org. It will appear on lists of free video editors, but generally without any warning that the first-time user will be faced with a plethora of buttons, most of which mean absolutely nothing to a normal human being. The documentation for Blender is fairly awful, which is a shame because this program kicks some pretty serious ass.

As I mentioned, I wound up uninstalling Blender several times before doing what every serious student eventually must - turning to YouTube. I have learned how to crochet, weave, arrange a song, and make kimchi from folks who shared their knowledge through YouTube. And if you want to learn Blender, you're going to have to wade through the video tutorials that users post online, many of them crap. This is a terribly inefficient method of finding solutions to specific problems, but the Blender community is active and enthusiastic. There is usually someone eager to help you find the right button.

I got Blender's video sequence editor working for me and soon began to explore some of the program's 3D capabilities. I found Neal Hirsig's online course and finally realized the true power of Blender. One person working with this tool - a laptop, free software, the know-how, and enough time - can create real art in THE medium of the 21st Century.

Video shared through the Internet is how the touchscreen generation will communicate with each other and make sense of the world. Children born today will have a fundamentally different relationship with television than their parents do, even if those parents were irresponsibly young and can't remember a world without TiVo (1999) or iPods (2001).

My one-year old nephew spends his day surrounded by screens, big and small; and, as far as anyone can tell, there isn't one he doesn't love. He video-ga-ga-goo-goo's with relatives far away on a handheld device and sits on his parents' laps in front of the computer. He seems to enjoy soccer and the weather channel will mesmerize him out of a tantrum. When he visits those relatives far away, there are soap operas and cooking shows to catch up on. It sounds bad, but I imagine he watches far less TV than the average American toddler. And it doesn't bother him if you simply turn off a screen that he's watching...yet.

Over the next several years, however, my nephew will be bombarded with an incredible amount of advertisements. As soon as he can talk and starts watching Saturday morning cartoons, TV commercials will have been designed especially for him. As he develops language and beliefs, his undefined desires will be titillated with hyperactive fantasies of fruity/chocolaty/gooey/sweetness and fluorescent/made-to-break/fastcarsbiggunssuperpowers. Consumer culture will work hard to make him feel bad if he doesn't have the right thing to make him look/feel/smell good right then. As he grows up he is going to have to develop a critical eye when examining the stream of messages designed to sell him stuff and a confident voice in cyberspace to counter a global system designed to steal his happiness.

Why Blender? Call me old-fashioned, but it all comes back to the means of production. If artists and activists can create their own stream of messages, designed not to sell anything, than freedom of speech and democracy can only benefit. Blender's open-source model allows the voiceless and underserved to gain access to the media in a very direct way. If you don't like how you're being represented on TV, make some of your own.

I feel strongly that girls and young women, and Black girls in particular, need to have the technical savvy to produce audio-visual material of their own. Popular media is still pretty racist and sexist. Creative opposition needs to be directed against the prejudice that pop culture tends to feed these days.

And, this brings me to the question of why I'm starting the Laptop Cinema site. My hope here is to develop a series of tutorials that will demystify Blender for the new user and walk them through all of the steps necessary to make finished short movies, complete with titles and (eventually) special effects.

Although I've certainly watched enough by now, I have never put together a video tutorial of my own. As I started to think about all of the features of Blender that I wish someone would have pointed out to me and write down all of the steps that it actually takes to do anything, it dawned on me just how big a job this is. I am, however, highly motivated to see this through when I think about my little nephew building an identity of his own or my pre-teen cousin and all of her friends facing some serious objectification from a high sexualized society.

The Laptop Cinema series will begin with a few shorter tutorials covering specific topics, such as layering video or creating titles for your movie. As I work out a system for putting the tutorials together, I'll move on to more comprehensive lessons designed to produce finished pieces, such as a self-portrait or music video. From time to time, I'll also show how to use other pieces of free software that work well with Blender, such as Audacity for sound design or GIMP for image retouching. I hope that you will join me as we set off on this journey.

Peace.
Posted by Dread-Eye at 3:46 PM No comments:

Email ThisBlogThis!Share to TwitterShare to FacebookShare to Pinterest
Labels: blender